“The two enemies of the people are criminals and government, so let us tie the second down with the chains of the Constitution so the second will not become the legalized version of the first.” –Thomas Jefferson

But I’m afraid that when lawless men are naively elected into office, the Constitution may not be enough restraint, as we are currently witnessing with the Obama administration.  Outlooks for the new year predict that he will rule by himself, circumventing Congress and the will of the American people.

With all the talk lately of fear of violence from the right, this article by Mithridate Ombud from NewsBusters.org sums it up nicely.  I excerpt this portion only:

And there’s one more here:  the brutal beating of Governor Bobby Jindal’s  staffer and her boyfriend in in New Orleans during the Southern Republican Leadership Conference.

Just remember:  this is an election year…expect the rhetoric and even the violence to get much worse.  Desperation causes politicians to do strange things.  And it certainly looks to me like the thuggery on the Progressive side has ratcheted up quite a bit lately.  This may be the way things are done in Chicago.

Run, don’t walk…right on over to NewsReal Blog and read Liz Blaine’s post about what one high school in Ohio is doing…they are recruiting high school students in a government class to join Barack Obama’s Organizing For America organization as interns.  The students will study all kinds of radical writings, including Saul Alinsky’s Rules For Radicals. Here’s a copy of the curriculum intended for the students.

If this doesn’t have your blood boiling you aren’t alive. Where are the parents who will cry out against such an obvious move? What is the school board thinking? The next thing is the students will be spying on their parents and neighborhoods.

“[W]e are concerned with how to create mass organizations to seize power … We are talking about a mass power organization which will change the world…This means revolution.” [emphasis mine] – Rules For Radicals

This coming Tuesday, Illinoisans will go to the polls and select candidates to run in the November Governor’s race.  I found this candidate to have ideas at odds with the status quo. His name is Adam Andrzejewski and he will be on the Republican ballot.

Scott Brown’s upset win in Massachusetts last night is  a victory for the American people. I don’t care what the progressive pundits  say.  Massachusetts has not elected a Republican to the Senate since 1972.  Mr. Brown did not equivocate in stating what he stood for and Massachusetts voted for it by a decisive margin.  I loved this statement last night in his speech..on terrorism and terrorists…”Our tax dollars should be spent on weapons to destroy them, not on lawyers to defend them.”  On health care reform he states “We can do better.”  On the Constitution, “The Constitution gives rights to Americans, not to terrorists.” Scott Brown has a sensible message and it seems the electorate recognized that.  Now it looks like a message has been sent to Washington and the White House.  Will they listen? Or will they do what Thelma and Louise did in the movie…by driving themselves off the cliff?  Yesterday the talk was that President Obama was vowing to fight harder. The proverbial handwriting is being written on the wall, first in the November elections and now in this one.  But can the president read these types of messages?  I’m sure plenty of moderate Dems are paying attention. Can this far left socialistic swing that we have been experiencing this last year be turned back?

We must never give up but keep praying and working!

As most of you know, there’s a very heated Senate race going on in Massachusetts for the seat that Ted Kennedy’s used to hold.  Martha Coakley (D) is getting a very heated challenge from Scott Brown (R).  Coakley has been making some rather weird gaffs which I won’t go into here.  Scott Brown made an affirmative statement in the debate about the senate seat belonging to the people, which is getting a lot of play.  Unions are sending their members up there to picket and protest, I guess.  They are out with signs supporting Coakley.  I found this at Michelle Malkin’s blog and wanted to use it here.  The link takes you to the entire post. This is an email sent from someone to someone else and then forwarded to Malkin.

“I received this this morning from my Team Sarah friend in Mass. This is the 2nd report of truckloads of signs showing up at debates by Unions…the first one the signs showed up and only 1/2 dozen union guys did. Brown’s peeps were crowded and wrapped around the block!

“I was one of the many Brigadiers at the pre-debate rally at UMass and when I got there, I was pretty overwhelmed at the trailer truck of Martha signs and hundreds of union members holding them. While speaking with one of the union guys holding the Coakley sign, he admitted that his union was paying him $50 to stand and hold the sign. I was blown away, I always thought that these guys were out in the cold like us, doing what we thought was the right thing to do, not that they were actually being paid a fee to do it.

The best part was when he admitted that although he was there because he needed the money, he was voting for Scott!!”

I wonder how many others out there holding those signs and collecting the $50 (because after all we are in a down economy), feel the same and are voting for Brown.  I guess it just goes to show…you might be able to pay a man to do a job, but that doesn’t mean you get his vote when the time comes.  Of course, in a down economy and a tight senate race that could break the Dems 60-vote hold on the Senate, I’m sure there are plenty of votes for sale.  But probably not for $50. And why aren’t those union workers at work? 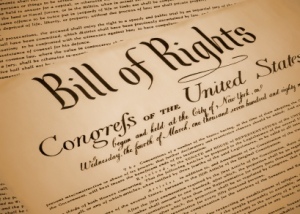 A Word About Comments…

I welcome your comments. I want to know what you think and I welcome the debate. However, I do require that it be civil. Since I can't say it any better, I'm going to use the words of my dear friend at The Conservative Pup... "No profanity please. Posts which are just name-calling vitriol will be edited, deleted, made fun of, and/or sent to your mother." I love that statement.

Our Constitution was made only for a moral and religious people. It is wholly inadequate to the government of any other.----John Adams

When the people fear their government, there is tyranny; when the government fears the people, there is liberty. ---Thomas Jefferson

"Congress shall make no law respecting an establishment of religion, or prohibiting the free exercise thereof; or abridging the freedom of speech, or of the press; or the right of the people peaceably to assemble, and to petition the government for a redress of grievances."

The powers not delegated to the United States by the Constitution, nor prohibited by it to the states, are reserved to the states respectively, or to the people.

"The liberties of our country, the freedom of our civil Constitution, are worth defending at all hazards; and it is our duty to defend them against all attacks. We have received them as a fair inheritance from our worthy ancestors: they purchased them for us with toil and danger and expense of treasure and blood, and transmitted them to us with care and diligence. It will bring an everlasting mark of infamy on the present generation, enlightened as it is, if we should suffer them to be wrested from us by violence without a struggle, or to be cheated out of them by the artifices of false and designing men."---Samuel Adams

Abortion is advocated only by persons who have themselves been born.--- Ronald Reagan 40th President of the United States

"The American people will never knowingly adopt Socialism. But under the name of 'liberalism' they will adopt every fragment of the Socialist program, until one day America will be a Socialist nation, without knowing how it happened."--Norman Thomas, presidential candidate for the Socialist Party of America, 1928-1948

What did he mean by this?

“You never want a serious crisis to go to waste. And what I mean by that is an opportunity to do things you think you could not do before.” --Rahm Emmanuel, chief of staff for President-elect Barack Obama, 2008

“If virtue goes, the government fails. Are we choosing paths that are politically expedient and morally questionable? Are we in truth losing our virtue? . . . If so, we may be nearer the dustbin of history than we realize.”

Watts Up With That?

Watching The Nation
Blog at WordPress.com.